One of the telecom giants in Australia was struggling to get EBITDA positive for many years. Their culture sucked and people were disengaged. When a new CEO came in, like Jack Welsh of GE did, he decided to work on changing the culture of the organisation first. One of the major decisions they took was to do away with the third-party resellers that contributed to more than half of the overall sales of the company. A tough decision to make, taking a hit on the top line like that. The decision was a result of an espoused culture that asked for a renewed focus on customers (among other things). Although the third-party resellers contributed to a sizeable pie of the sales revenue, it was found they also contributed to nearly 80% of all customer complaints that came in. These complaints and grievances were due to false information given at the point of sale, wrong packs being sold, and so on. Making this change was like a beacon of hope for the people and customers alike. It marked the beginning of a new culture where the ‘how’ mattered more than the ‘what’ – not that the ‘what’ was unimportant.

In another organisation in India, in an emerging technology-led business, the CEO and his direct reports were products of Ivy League institutes. Brilliant minds and functionally adept at what they did. Year after year, these leaders took home nearly 120% bonuses for exceeding their departmental targets, yet the business continued to make losses and the customers were unhappy. They happily worked in silos. Functions rarely spoke to each other, and alignment was a distant dream. This organisation began to see a mass exodus of customers and employees to competitors. The board was compelled to disband this team. The CEO was asked to leave along with many key CXOs that reported to him.

These are merely a couple examples from millions of companies out there that are facing similar issues. Some decide to turn to OKRs to get renewed vigor for their company’s performance. Well, OKRs may solve problems like lack of alignment or transparency or getting laser focus on your business priorities with results orientation. However, these OKRs will continue to depend on the culture and therefore the leadership DNA to convert them from ‘on paper’ to ‘in action’.

So, what are we learning from the 2 examples I have cited? Culture drives performance, period!

Poor culture leads to poor organisation design, poor strategy, poor communication, poor ways of working, poor people practices… the list is endless. The right culture causes two things to happen: Employees know how top management wants them to behave, and employees know what behaviors they will be rewarded for as part of the desired culture.

So, here’s the mantra: For OKRs to really work, fuel you organisation with the right culture and develop the right leadership to lead this culture. This means being clear about ‘How things are done around here’. This also means making sure people understand ‘How things are done around here’. And finally, this means holding people, especially leaders, accountable for the ‘How’ of their actions. 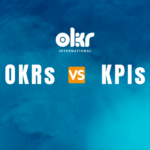 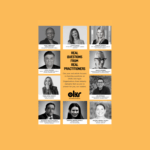 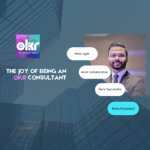 The Joy of Being an OKR Consultant 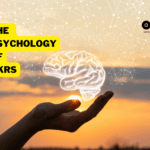 The Psychology of OKRs

No products in the cart.